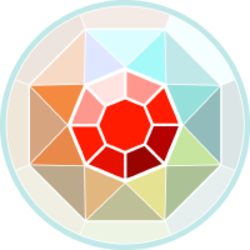 Anito Legends current market price is $0.0000000000 with a 24 hour trading volume of $0. The total available supply of Anito Legends is 0 LARO. It has secured Rank (Not Available) in the cryptocurrency market with a marketcap of $0. The LARO price is 0% down in the last 24 hours.

"Project DescriptionAnito Legends is a play-and-earn game that runs on the Binance Smart Chain. The studio behind the project is Masayato Games, which is an indie game studio incorporated in Singapore with founders based in the Philippines. As of April 2022, the game is currently in closed beta, running on four platforms – PC, Mac, Android (via APK download), and iOS (via TestFlight). The game is expected to launch in June 2022.Anito Legends incorporates gameplay inspired by roguelike dungeon crawlers and auto-battler genres. It incorporates Filipino folklore as its main theme with English as its method of delivery. The two main game modes that will be included at launch are PVE (player vs environment) and PVP (player vs player). To begin the game, players will need to purchase at least 3 Anito NFT units to fill out a party and begin adventuring. Anitos will be able to purchase weapons and other equipment to adjust to the different battle scenarios. Some of the end-game weapons and items can be minted as NFT’s as well.The game will make use of a two token system. $LARO is the governance token and will be used to purchase Anito NFT’s after the pre-sale. $GINTO will be the utility token which will be used mainly for the in-game currency, sinks, cosmetic items. It will also be the token used for converting to fiat currency.For more information, see https://anitolegends.com/ and https://docs.anitolegends.com/"