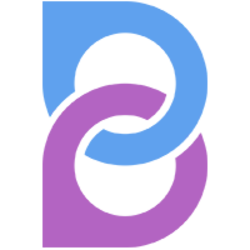 The lowest price of the Bismuth is $0.0579 & the highest price is $0.0777 in the last 24 hours. Live Bismuth prices from all markets and BIS coin market Capitalization. Stay up to date with the latest Bismuth price movements. Check our coin stats data and see when there is an opportunity to buy or sell Bismuth at best price in the market.

Bismuth, a digital distributed self-regulating database system whose primary application is currency, and its first application is mining. It comes with a set of DAPPs out-of-the-box. Bismuth is not based on the code of BTC or any of its derivates, it is only inspired by some ideas laid down by Satoshi Nakamoto (BitCoin), Sunny King (Peercoin), NXT and ETH developers. Bismuth does not draw any code from other repositories, instead, it reformulates the cryptocurrency code in its own terms to be easily readable, compatible across all platforms, integrated into business solutions with utmost ease and most importantly open for development to a wide public through its simplicity while minimizing the security risk for custom code implementations.Bismuth is a decentralized transaction platform focused on modularity and open source approach. It comes with default decentralized applications and tools out of the box, not only to be used by everyone but also to be hosted by anyone. These applications are supplied as interpretation engines, which prevents blockchain bloat. Inspired by Satoshi’s whitepaper, Bismuth also offers optional hyperblocks as a pruning mechanism, a system which greatly reduces disk space usage and increases execution speed.