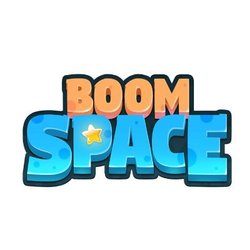 BoomSpace current market price is $0.0141 with a 24 hour trading volume of $75,381. The total available supply of BoomSpace is 0 SPACE with a maximum supply of (Not Available) SPACE. It has secured Rank (Not Available) in the cryptocurrency market with a marketcap of $0. The SPACE price is 3.54% up in the last 24 hours.

The lowest price of the BoomSpace is $0.0135 & the highest price is $0.0162 in the last 24 hours. Live BoomSpace prices from all markets and SPACE coin market Capitalization. Stay up to date with the latest BoomSpace price movements. Check our coin stats data and see when there is an opportunity to buy or sell BoomSpace at best price in the market.

The Metaverse, which originated in science fiction, defines a virtual world parallel to the real world. Science fiction author Neal Stephenson first introduced the Metaverse in his 1992 novel "Snow Crash". Subsequent films and TV shows such as "The Matrix", "Sword Art Online", and "Ready Player One" also have similar metaverse concepts.The term "metaverse" consists of the prefix "Meta" (meaning beyond) and the stem "Verse" (a suffix of "universe"); the term The term is commonly used to describe the concept of future iterations of the Internet, consisting of a continuously shared three-dimensional virtual space linked to a perceivable virtual world, i.e., a parallel and persistent virtual world built on top of the real world through technological capabilities, in which real people live as digital avatars in virtual space and time, and in which there are fully functioning social and economic systems. Although some metaverse definitions vary, there are consistent common themes and features in each definition, which we will highlight later.